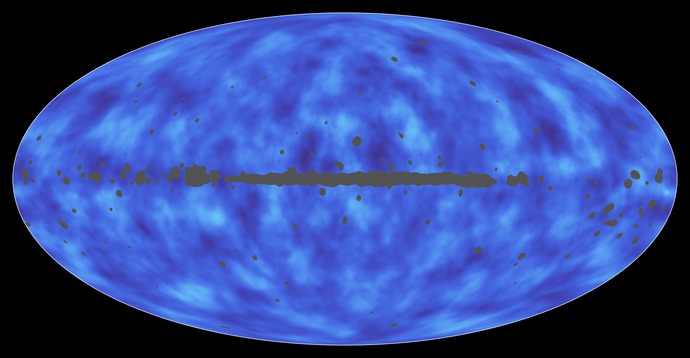 Matter lying between Earth and the edge of the observable universe is shown in this all-sky map from Planck, a European Space Agency mission with important NASA contributions. Regions with more mass show up as lighter areas while regions with less mass are darker. The grayed-out areas are where light from our own galaxy was too bright, blocking Planck's ability to map the more distant matter.

This matter map is the latest from the Planck mission, consisting of data collected over the entire mission. A version previously released in 2013 can be seen online at: http://planck.ipac.caltech.edu/image/planck13-002c