Spinning Dust in the Milky Way 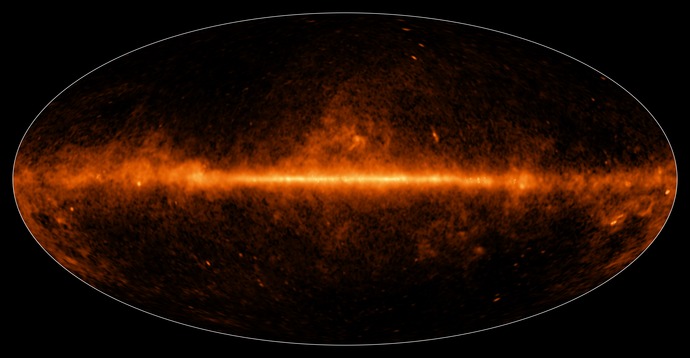 A new portrait of the Milky Way reveals the distribution of the tiniest dust particles found in the galaxy. This image comes from the European Space Agency's Planck mission, in which NASA plays an important role. It is constructed from observations made at microwave and millimeter wavelengths of light, which are longer than what we see with our eyes.

Microscopic dust particles floating in interstellar space are not static, but spin around like tops due to collisions with other atoms and molecules. This rotation generates a characteristic kind of light that has been detected and measured by the Planck mission. Larger dust particles do not spin in the same way, but can be seen through their thermal glow.