Speeding Electrons Light up the Sky 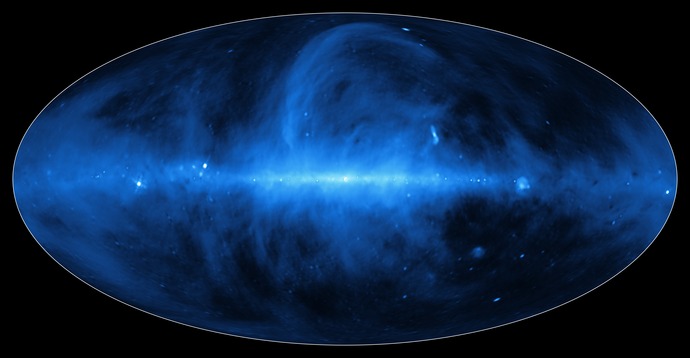 A new portrait of the Milky Way shows the glow from fast-moving electrons trapped by the magnetic field running through our galaxy. This image comes from the European Space Agency's Planck mission, in which NASA plays an important role. It is constructed from observations made at microwave and millimeter wavelengths of light, which are longer than what we see with our eyes.

This kind of electromagnetic glow is known as synchrotron radiation. It is generated by the oscillations of fast-moving electrons, spit out of supernovas and other energetic phenomena, are captured in the galaxys magnetic field, spiraling along them near the speed of light.