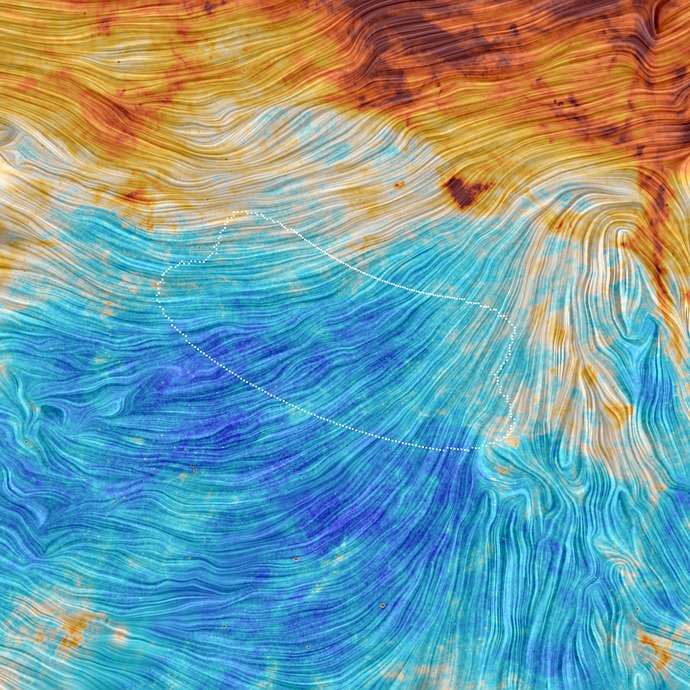 The color scale in this image from the Planck mission represents the emission from dust, a minor but crucial component that pervades our Milky Way galaxy. The texture indicates the orientation of the galactic magnetic field. It is based on measurements of the direction of the polarized light emitted by the dust.

The highlighted region shows the position of a small patch of the sky that was observed with two ground-based experiments at the South Pole, BICEP2 and the Keck Array.

The image shows that dust emission is strongest along the plane of the galaxy, in the upper part of the image, but that it cannot be neglected even in other regions of the sky. The small cloud visible in red, to the upper right of the BICEP2 field, shows dust emission from the Small Magellanic Cloud, a satellite galaxy of the Milky Way.

The image spans 60 degrees on each side.

Planck is a European Space Agency mission, with significant participation from NASA. NASA's Planck Project Office is based at JPL. JPL contributed mission-enabling technology for both of Planck's science instruments. European, Canadian and U.S. Planck scientists work together to analyze the Planck data.