Planck View of the Orion Nebula 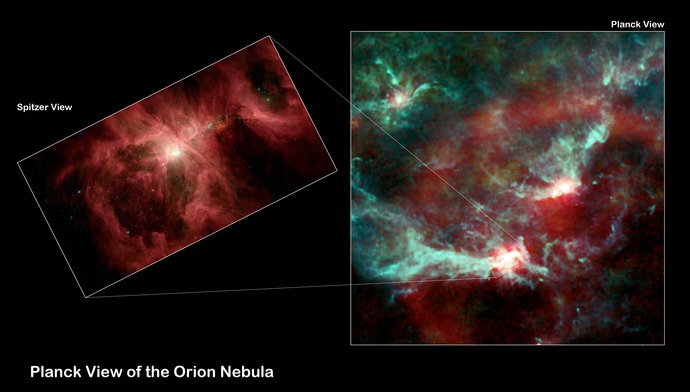 On the left is a close up of the Orion nebula, captured by NASA's Spitzer Space Telescope.