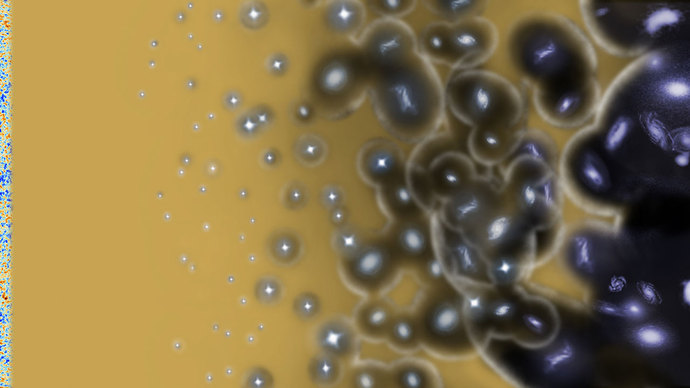 This new analysis also shows that these stars were the only sources needed to clear the "opaque fog" that blocked ultraviolet light from traveling far. As these first stars came to life, their light split neutral atoms apart, making the universe transparent to ultraviolet light. Scientists refer to this as the "epoch of reionization." Planck data show this was a quick process, which was half-complete when the universe had reached an age of 700 million years.

"Thanks to better measurements with Planck, we’re confident that reionization occurred later than previous, less precise measurements indicated. That’s exciting for scientists because the stars we already know about fit that timeline," said Charles Lawrence, the U.S. project scientist for the mission at NASA's Jet Propulsion Laboratory in Pasadena, California.