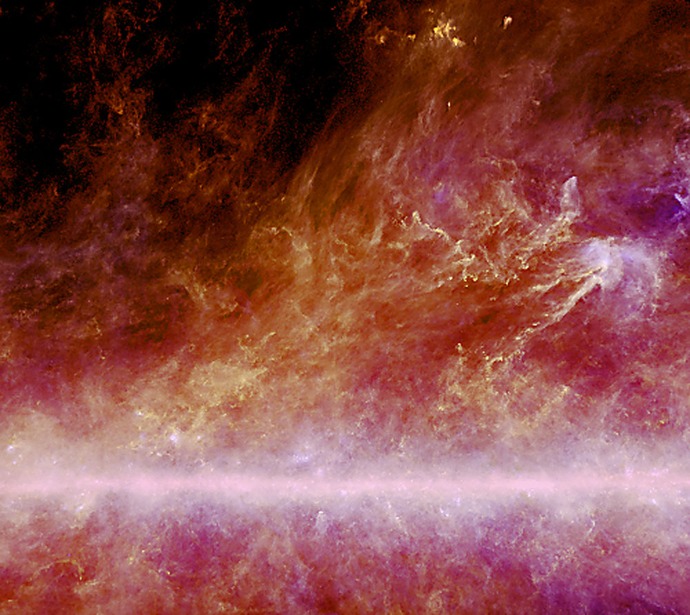 Plancks ability to measure the temperature of the coldest dust particles will provide a better understanding of the physical processes at play in the spaces between stars, and in regions of star formation.

This image covers a portion of the sky about 50 degrees in total extent. It is a three-color combination constructed from Plancks two highest frequency channels (557 and 857 Gigahertz, corresponding to wavelengths of 540 and 350 micrometers), and an image obtained at 100 micrometers with the Infrared Astronomical Satellite (IRAS). This combination effectively traces the dust: reddish tones correspond to temperatures as cold as 12 degrees above absolute zero, and whitish tones to significantly warmer ones (on order a few tens of degrees) in regions where massive stars are currently forming. Overall, the image shows local dust structures within 500 light-years of the sun.

This Planck image was obtained during the first Planck all-sky survey, which began in mid-August 2009. By mid-March 2010, more than 98 percent of the sky had been observed. The second sky scan is underway, but, because of the way Planck surveys the sky, the first scan won't be 100 percent complete until late-May 2010.